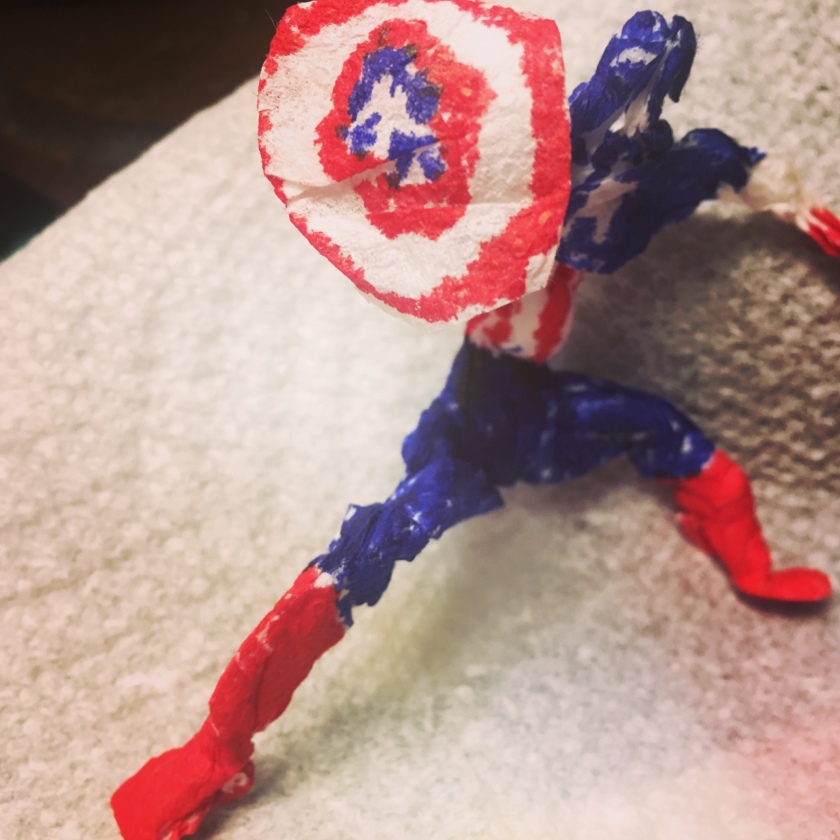 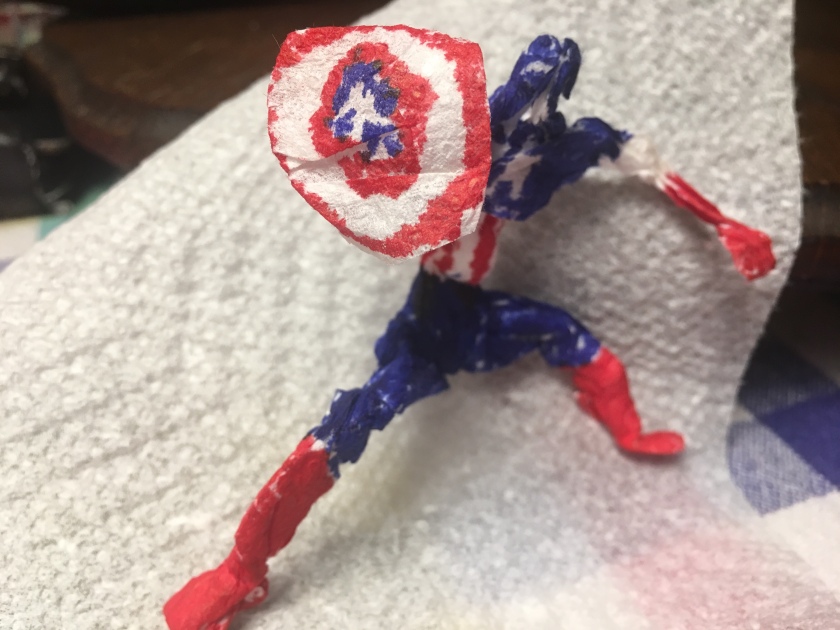 If I could make these for a living I’d do it. Doesn’t even have to be Marvel’s Captain America. It could be anyone so long as it’s humanoid. And made from an unconventional medium, like paper towel, foil or sticky notes.

This may not be anything to look at, it may need practice; and even need to be an art medium that doesn’t wilt in water so easily. I’ve been making paper men since my childhood and feel like this is a positive turn in a monetary direction. 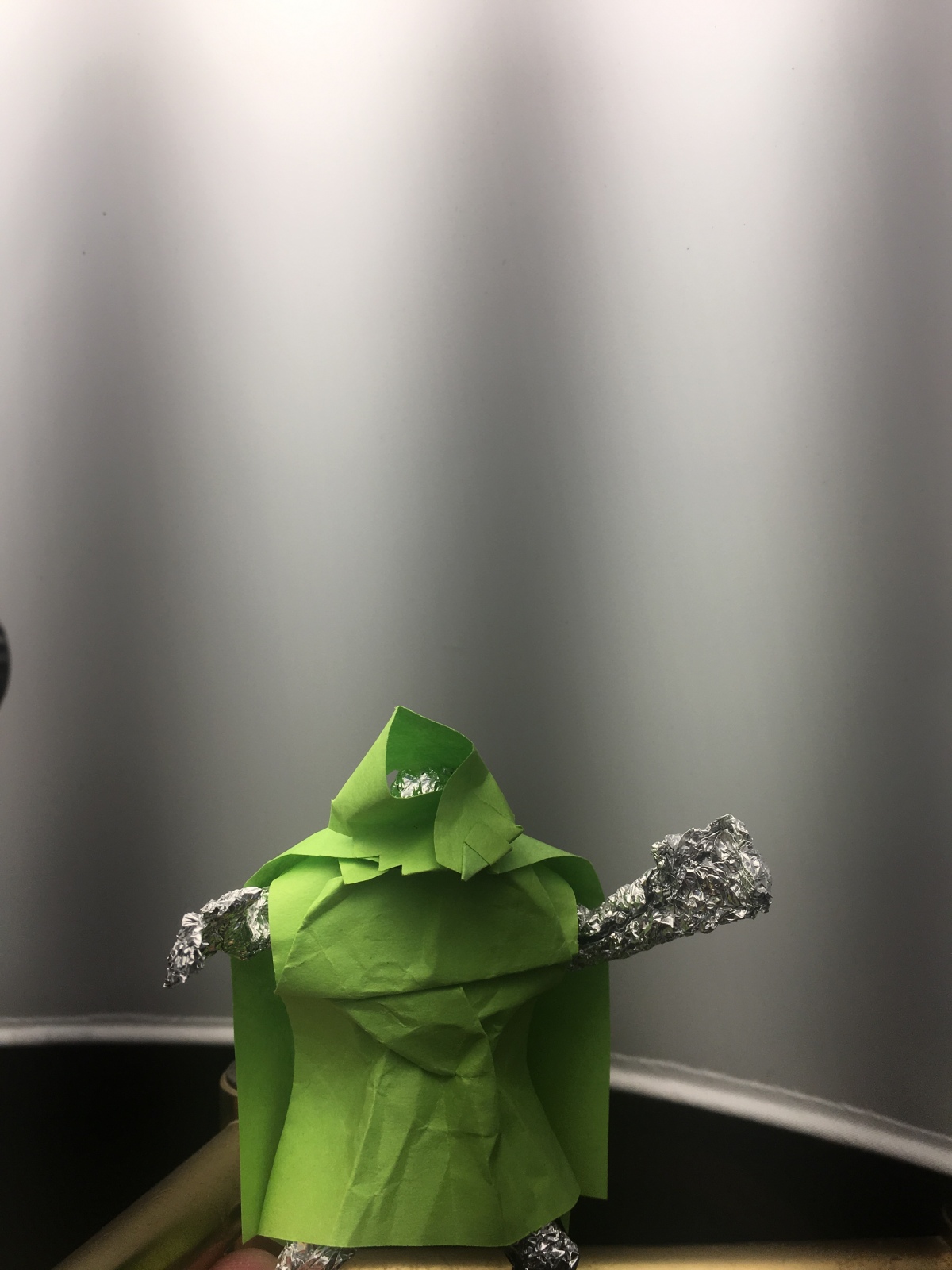 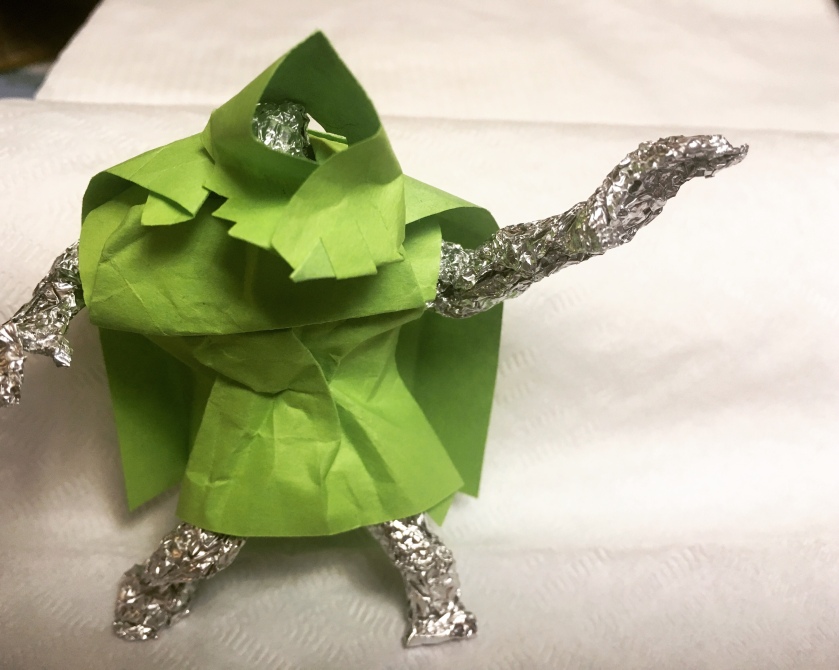 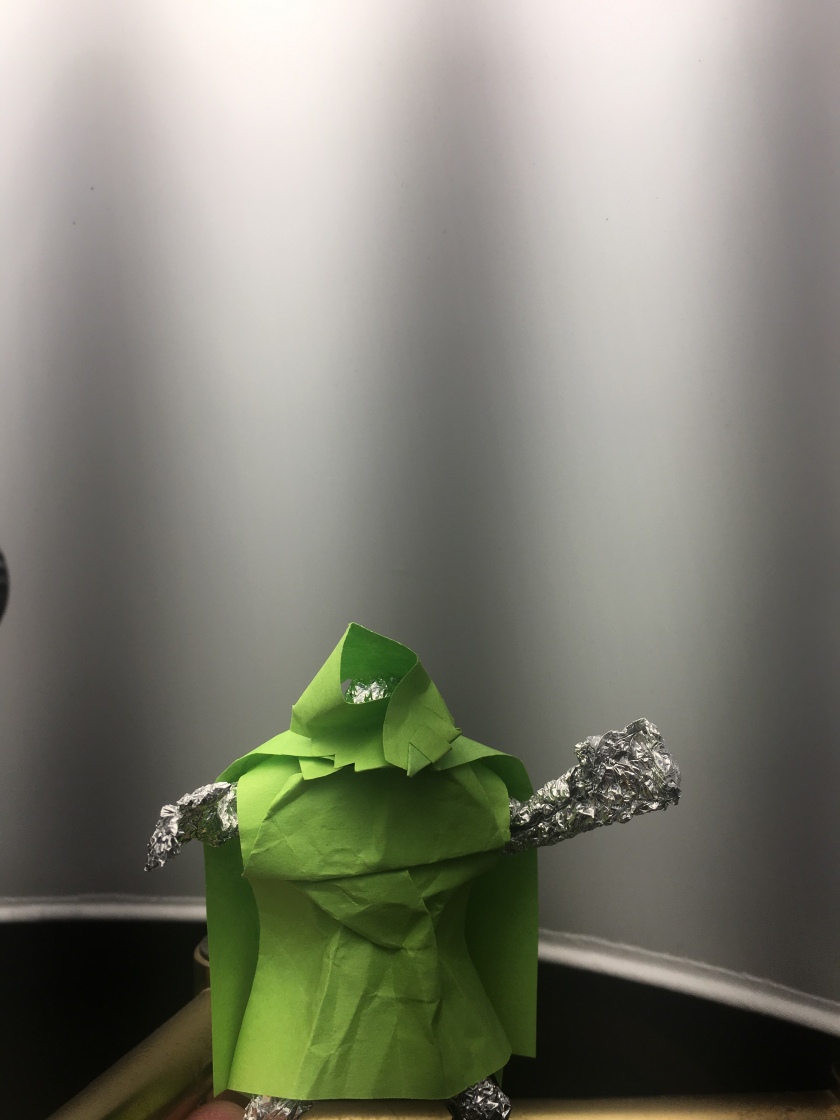 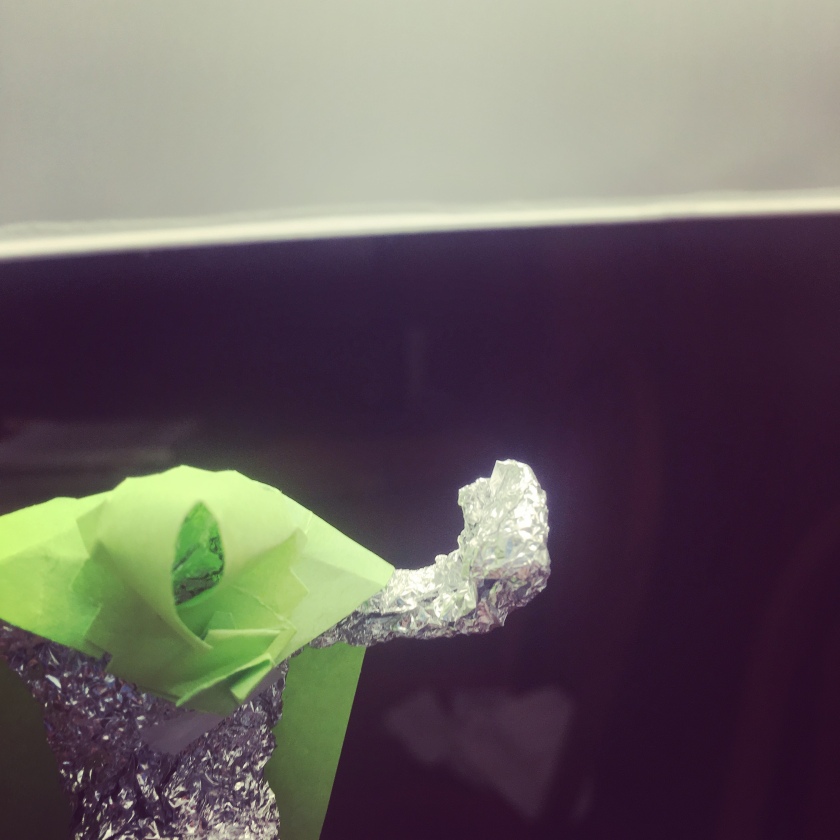 Made from aluminum foil and green sticky notes. Three sticky notes to be exact. Exactness would be needed and possibly demanded, if Marvel’s Victor Von Doom had any idea his likeness was constructed as a simple miniature.

–from Don Fritz “The Sticky Note” Thomas-Wheatgrass, illustrator and origami enthusiast, from an online interview, August 2015.